This past Sunday, the Ohio Chi-Sigma Colony initated what will be its final recruitment class in colony history before the colony members are initiated as a chartered chapter of Sigma Alpha Epsilon in March. The brothers were elected and thoughtfully chosen by our brothers as the best candidates to carry on the brotherhood and legacy of this fraternity. The newest members were initiated at our weekly Chapter meeting that took place this past Sunday, 2/25. As fully initiated brothers, they are eligible to run for chapter officer positions and committees that go into effect next semester. In the end, we initiated 19 new gentleman who will help us establish tradition at the University of Dayton and nationally among the Sigma Alpha Epsilon brotherhood. Congratulations to our newest brothers! 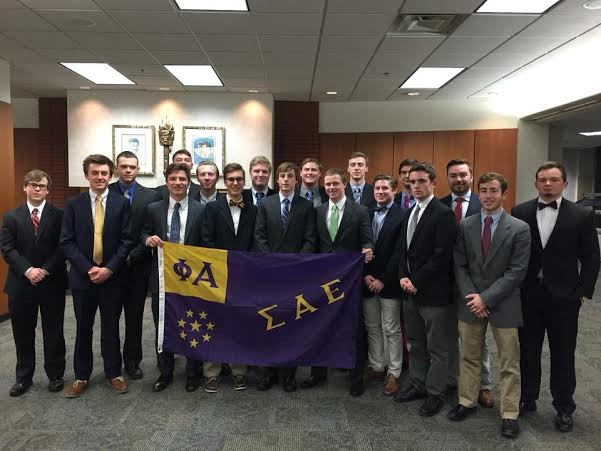